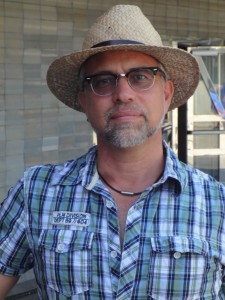 Oceans of Darkness, Oceans of Light-a Pentalogy:
Our Troubles and Treasures in the New World

Every family has a skeleton in the closet, but historian-author Michael Luick-Thrams has unearthed an entire cemetery in his family’s 400-year sojourn in North America. From the failed auto mechanic who became an affable terrorist to a mass-murdering mommy; from a butcher turned frontier lawman, the tormented granny who pilfered grandkids’ doll clothes and a cavalry man who thrashed superiors, to a philandering near-mute farmer: In this peerless family history, “normal citizens” prove to be most unusual characters. As a set, the five volumes (Roots of Darkness; Chasing Restless Roots; Tap Roots Betrayed; Rays of Light and Rays over Ashlawn) explore two main questions: How can we break familial (ergo, social) patterns that sow dark, self-sabotaging dynamics passed between generations if not named, confronted and exorcised? And: How to bring a nation—a super-sized family—that has lost its way, back from the brink of breakdown? To order your copy, go to Amazon.com